It’s not better in Mentor

As part of ’DEIS Impact, Brandeis Arts, the Psychological Counseling Center and the Film, Television and Integrated Media Program will screen the documentary film “Mentor” on Friday, Feb. 6 at 4 p.m. at the Wasserman Cinematheque, Sachar International Center, IBS. Produced in 2014, the film tells the story of an average American town with a pattern of relentless harassment and bullying that led to multiple teen suicides. Ironically, the town sports the motto, “It’s better in Mentor.” The film reveals how a wholesome American town can devastate its youth through prolific ignorance, bullying and terror. It showcases two of the victims’ families who search for justice through lawsuits, although the authorities choose to dismiss the nature and cause of these horrific tragedies. 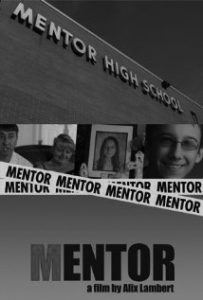 Filmmaker Alix Lambert chose Mentor, Ohio, not because the town stands alone as an isolated case of severe bullying, but because it represents the fight against all forms of bullying across America and highlights the institutional ignorance amidst such events. “I made a trailer halfway through filming and that alone sparked hostile emails and tweets,” Lambert told The Boston Globe. “I also got emails from kids who were being bullied, so the problem hasn’t gone away.”

The film has generated much criticism and apprehension regarding the topic, further highlighting the work that must be done to combat bullying and teen suicides. Remarking on this, Lambert noted in the interview with The Globe, “Three days ago I got an email suggesting that I kill myself. I find that ironic, people bullying someone online for making a film about bullying in their town.” Members of the Brandeis Community are urged to take part in the positivity associated with the film and raise awareness and understanding of the severity of the issue. Following the film screening, a discussion will take place featuring filmmaker Alix Lambert, bullying expert Dorothy L. Espelage, Ph.D., Meral Tunador, Brandeis program coordinator for sexuality and gender diversity, and will be moderated by Joy Von Steiger, clinical director of the Brandeis Psychological Counseling Center.

Espelage, professor of educational psychology at the University of Illinois at Urbana-Champaign, has expertise in bullying prevention and teen violence, having researched the subject for 22 years. In concurrence with claims made by Lambert, Espelage mentions the increasing difficulty in accessing time in the schools with students and the issues that rest with the faculty members who defend their authority over these students.
Although Mentor, Ohio may seem far away from the issues we face at Brandeis, Espelage notes that “college campuses include youth who come from communities like Mentor, so they can be very similar if climate issues are not addressed.”

Espelage focuses her attention on assisting youth while working against the mental illness stigma that turns them away from seeking help. She believes that a film such as “Mentor” will cause its audience to reflect upon their high school and college experiences and identify what may be or may have been bullying or sexual harassment. Espelage urges our community to “connect with one another, reach out to isolated kids, [and] do not participate in this [behavior].”

Unlike the settings prevalent in Lambert’s documentary and Espelage’s research, the Brandeis Psychological Counseling Center strives to provide students with a comforting and protective environment. Joy von Steiger, clinical director of the PCC, jumped at the opportunity to show the film “Mentor” in collaboration with the Arts Department. “I was very excited about the opportunity,” said von Steiger. “While ‘Mentor’ is a stunning portrait of community dysfunction, all communities can benefit from the lessons of Mentor.” The team of panelists involved strives to engage the Brandeis community in ways which Mentor, Ohio as a whole seems to have been incapable.

Brandeis’ Psychological Counseling Center seeks to acknowledge the ways in which all individuals, whether youth or adult, suffer not only from the effects of bullying and harassment but also from the alienation of the mental health stigma. Brandeis students are urged to complete a survey that will soon be published on the PCC Facebook page, so that more can be understood about how to reduce the barriers to reaching out for help. “The more we talk with each other about how we all experience the world in different ways, the more we can come to see ourselves as falling on a continuum rather than being sane or crazy. Here at the counseling center, we are working very hard this semester to be more present in the community to try to normalize the experience of having a connection to a therapist.”

While not all Brandeis students are faced with the issues addressed and confronted by the film, it is the responsibility of the entire community to foster a safe and healthy environment for every individual. The ways in which the whole Brandeis community can work to help its members will be evaluated and discussed during this film showing and panel discussion.