If there’s one event that stirs buzz, it’s Springfest. No other event on campus is talked about for weeks, if not months before its scheduled date. Liquid Latex may come close, but Springfest is the victor in this battle. On Chapels Field, the Sunday, April 26 event included food trucks, a beer garden for anyone 21+ and the glorious stage, which took over a day to erect.

Though the lineup of performers may not have included the most famous of entertainers—I’m still trying to figure out who DJ A-Smooth is—their anonymity might have added to the hype of the concert. It was precisely their obscurity that encouraged more people to attend the performance to find out for themselves exactly who these groups were and what kind of music they played. Springfest opened with Stolen Jars, an indie rock group, and DJ A-Smooth. They were later followed by St. Lucia, an electro-pop group that donned lightweight island-inspired prints.

ILoveMakonnen also took to the stage, a rapper made famous only recently after his single “Tuesday” was remixed by Drake, and rambled through an excruciatingly long and uneventful performance. The other recognizable name on the list was Jessie J, a singer who rose to fame after releasing “Price Tag” and “Domino” in 2011 and has more recently topped the charts with “Bang Bang.”

St. Lucia’s act was a brilliant mixture of optimism and tropical influence. Despite the fact that they are a fairly unknown group, their music was engaging, bubbly and interesting, and somehow maintained an organic, original sound. The lead singer was involved in the performance on a whole other level. His frequent hair flips and guitar jumps only contributed to the excitement. Their set included “All Eyes on You” and “Closer than This,” both of which were evocative of a pink, sandy beach with fruit bearing palm trees scattered all around.

In some cases, up-and-coming artists use their connections, be it with other more established artists, to make themselves seem more legitimate. I suspect that this is what happened with ILoveMakonnen, usually referred to as “Drake’s protege,” which might have been part of a tactic to equate himself with Drake. To be blunt, ILoveMakonnen’s music isn’t on the same playing field as Drake’s. Even so, the new rapper attempted to break the ice and become more established, closing his performance with the song that brought him to fame. The rest of his songs showed surprisingly little range and little to no imagination, but once his performance was over the concert moved on to bigger and better things.

Jessie J’s spectacular vocals and sensible personality stole the show. She’s one of those few performers who is better live than on a recording—the opposite of most most pop singers. Jessie J defied that stereotype with a stellar voice and an incredible ability to captivate her audience, using the entire stage to her own advantage. Her recorded songs might seem to follow the mainstream, candy-pop sound, but in a live performance, her vocal ability really shows. She performed a range of songs from her albums “Who You Are” and “Sweet Talker,” including the hits “Burnin’ Up” and “Masterpiece,” as well as the lesser known “Do It Like a Dude.”

Jessie J also seems to be a genuinely good person. Much to my own surprise, she didn’t come off like the typical, run-of-the-mill pop star—conceited, overblown and overrated. Between songs, Jessie J took the time to address her audience with some words of wisdom. Although her song “Price Tag” may have suggested that she, as a pop star, was different—after all the song questions capitalism and how money inevitably spoils good intention—her presence verified the notion and made it fact.

Springfest was a good time. That isn’t to say that it was without faults; the spectators, many of them students, were packed closer than sardines and some people got trampled on. But would Springfest have been the same otherwise? More importantly, the performers themselves were memorable, and together made for a Springfest to remember. 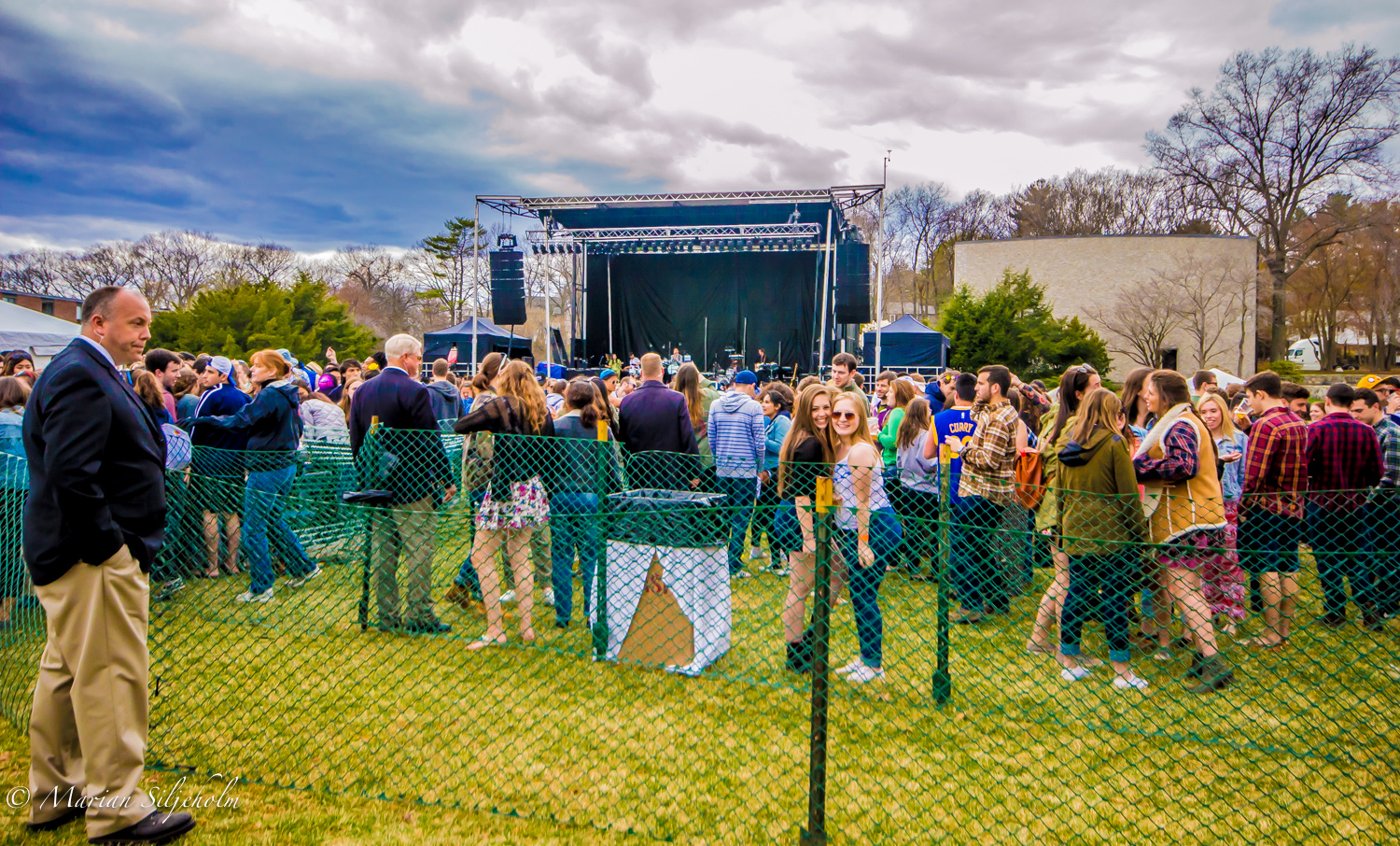