As of Nov. 8, 489 students have undergone a “brief assessment,” or intake appointment, this semester alone. The center now serves 591 students as of Nov. 8, though von Steiger was not able break that number down to determine which students were returning and which were seeing counselors for the first time this semester.

Other colleges have seen a rise in use of emergency services as well. Von Steiger cited Emmanuel College and Lesley College as having to implement a wait list for the first time. Boston College and Wesleyan University have had a higher volume of mental health emergencies than last year. Boston University experienced a 40 percent increase of students triaged for urgent evaluation, according to statistics on BU’s website. 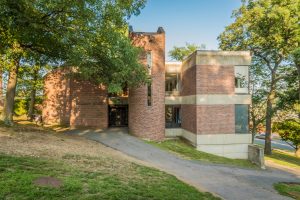 The Brandeis Counseling Center has hired four new clinicians, as of Nov. 8, after starting discussions about staff increases with administration in August. The center anticipates hiring a fifth new counselor in coming weeks, according to von Steiger.

The BCC is also expanding hours and will be open from 8 a.m. to 8 p.m. on Mondays and Thursdays, as opposed to 8 a.m. to 6 p.m. the remaining weekdays. During the extra hours, a supervisor and three counselors will be present to hold appointments and conduct brief assessments.

Finally, the center has also added a new “urgent care” hour at 6 p.m. on those days, in addition to existing urgent care hours from 11 a.m. to 12 p.m. and 3 to 4 p.m. Monday through Friday. Urgent care is for unexpected counseling needs, when someone has “a particularly upsetting day or they’ve had a death in the family or something that they’re feeling like they need immediate support with,” said von Steiger.

One result of the increased staff will be to reduce wait times for brief assessments. Wait time for an intake early in the semester was four weeks long, but new hires have helped decrease wait time to approximately one week, according to von Steiger.

Students, however may not have felt the impact of these changes yet, and some have expressed frustration at the wait times and overcrowding at the center this semester. Though these recent changes have not yet been publicized, von Steiger emphasized the BCC is “constantly evolving and responding.” She said, “if people have things that they’re concerned about or worried about or aren’t working for them, we want to know.”

Students have reported that, after their intake appointments this semester, the BCC told them there was not a clinician available to see them. The Brandeis Hoot spoke with two of those students on the basis of anonymity, though their accounts were verified through email exchanges with BCC staff. For the duration of this article they will be referred to as Student A and Student B.

Both students had brief assessments in September. They met with two different clinicians, and both said they were encouraged to seek outside services because their cases were not urgent enough and a BCC clinician could not see them for one-on-one sessions.

Student A waited approximately three weeks for an intake appointment. The student has seen three different therapists over the course of three years. Her most recent counselor left Brandeis over the summer and now maintains a private practice in Waltham. After taking a break from services while abroad, Student A returned to the BCC for an intake this September, where the clinician encouraged her to seek treatment with her old counselor in Waltham.

The student’s main concerns with pursuing this option were that she does not have a car and that she did not want her parents to know she was seeing a therapist. The BCC offers patients 12 free sessions and even after that is exhausted, Brandeis can work with students whose insurance or financial situation cannot accommodate paying for treatment. Seeing a therapist in the local area, however, can involve copays and charges to insurance.

Von Steiger said the BCC would consider a student’s ability to pay for outside services when making determinations about referrals.

Ideally, after a student completes an intake appointment, the clinician determines with the student how frequently they will be able to come in, with some BCC patients receiving weekly counseling and some every other week. When the BCC is unable to offer one-on-one services, the counselor who completes the intake appointment may refer them to group therapy options at the BCC, counseling options off campus or the teletherapy service, ihope. They may also suggest ihope for students during breaks or while studying abroad.

Von Steiger did not immediately have a figure for how many times intake counselors had to encourage students to seek services in a group setting or outside the BCC this year. She noted the center hired a case manager at the end of August who helps connect students with practices in the local area. Vanessa Mena-Gibson has assisted 17 students “in finding outside treaters” this semester, said von Steiger, though she has spoken with additional students who have not begun receiving care at any center.

Student B was also encouraged to pursue group therapy or off-campus services. The student did not feel comfortable with a group and was concerned about a lack of transportation to an outside practice and about how their mental health could make it difficult to get off campus. Neither the clinician nor the case manager followed up with that student.

“I get really worried that somebody’s going to go there that really needs their help more than I need their help and not get it,” said Student B.

Von Steiger encourages students to reach out if they are not satisfied with their experiences at the BCC. Student B emailed von Steiger to express concern at not being offered the option of working one-on-one with a clinician. Von Steiger emailed back after about two weeks, and they had a meeting in which von Steiger explained the staffing issues and increased demand. She then helped Student B connect with a “trainee” clinician at the BCC, whom the student now meets with regularly.

The center is not contacting students who were referred out this semester, despite new hires, but encourages anyone who may still want services to reach out to them. The center is also in the process of forming a student advisory committee which will suggest changes based on student feedback. They are looking for students who are interested in “really [helping] us move in the right direction,” said von Steiger.

The BCC employs 24 part-time clinicians, which von Steiger says is the full time equivalent of 12 employees. When the center opened in 1952, it focused on employing part-time clinicians because experienced counselors wanted to continue their personal practices in addition to working at the center. Prioritizing experience over employment status has led the BCC to maintain the part-time model, according to von Steiger.

The center experiences some turnover every year, von Steiger said. Four counselors left their positions between May and September of this year, and one postdoctoral fellow who worked as a counselor left after finishing her dissertation. A turnover rate of two to four people per year is average, said von Steiger. Some of these counselors continue to have private practices in the local area.

With a growing staff, the BCC has had to make changes to its set-up in Mailman house. Staff arranged a new office with multiple desks and couches for therapists to use when they are not meeting with a patient. This frees up more time for sessions in the individual offices.

The BCC also redesigned group therapy room. The center has increased the number of groups available to students from four groups last spring to 11 this semester. Existing groups like the Support Group for Survivors of Sexual Trauma continue to have high participation, von Steiger reported. The center will add more groups in the spring semester, including SOGI: Sexual Orientation and Gender Identity Group, Men’s Psychotherapy Group and Ourselves and Others. V.O.I.C.E—Asian (American or International) Women’s Group started holding group meetings Sept. 25.

Von Steiger expressed that group therapy is beneficial because “one of the most important things that students need to learn at this age is how to rely on each other for care and how to ask peers for help.”

Other aspects of BCC services that student activists have focused on include the diversity of the counselors in a diverse community.

Therapists at the BCC speak six different languages: English, Spanish, Portuguese, Hebrew, Mandarin and Cantonese. There is one counselor, Aileen Lee, who speaks both Mandarin and Cantonese. Lee faces high demand, in part for her language skills and also because she is a very strong counselor, von Steiger said. Brandeis has struggled to hire additional counselors who speak either Chinese dialect, according to von Steiger. There has been a job posting up for two years seeking another clinician with these skills.

“It is especially important to be able to support international students given that the added stress of moving alone to a new country is a risk factor for mental illness or psychological distress,” their most recent progress report reads.

Wil Jones ’18, the senior representative to the Board of Trustees, has met with von Steiger twice looking to address issues of staffing and meeting the needs of students of color at the BCC. Students of color are “socialized to downplay the urgency of their needs,” said Jones. He also explained that, with the center only open during business hours, it can be difficult for students who work jobs on campus to come in for appointments. These factors make it harder for students of color to seek and receive appropriate treatment at the BCC.

In its list of demands, Ford Hall 2015 called for the BCC to hire additional counselors of color to “provide culturally relevant support to students of all backgrounds.” After Ford Hall, the BCC hired three counselors of color. One of the new hires this year is also a person of color.

The Student Union has been working with the BCC to address issues of high demand. Jones and Student Union president Jacob Edelman ’18 have met with von Steiger and been in contact with administrators, including Andrew Flagel, Lisa Lynch and Jim Gray. The Union is “listening to student experiences,” said Edelman. He and Jones encourage anyone to contact them about their experiences at the BCC.

If you would like to speak with The Hoot about your experiences at the BCC, contact us at eic@thebrandeishoot.com.

CORRECTION: A previous version of this article incorrectly listed the urgent care hours at the BCC. They are 11 a.m. – 12 p.m. and 3-4 p.m. Monday-Friday and 6 p.m. on Mondays and Thursdays.