‘Supernatural’ is so old, it could legally drive the Impala

Monday Sep. 13 marked an important birthday: the hit CW show “Supernatural” turned 16. Though the show finally ended last November, it remains culturally relevant, with a fandom that won’t die and actors who thrive off of chaos. It’s crazy to think that all this mess started with the two Winchester brothers on a quest […]

“Certified Lover Boy” is the newest album from popular Toronto rapper Drake. “Certified Lover Boy,” Drake’s sixth studio album, was rumored to drop during the fall of 2020, but the actual date, January 2021, was announced in a teaser that same fall. Fast forward almost a year and several delays, and the album has finally […]

How COVID-19 has affected academic faculty at medical schools

People have wondered whether the COVID-19 pandemic has increased burnout in physicians throughout the United States. Dr. Linda Pololi, a distinguished senior scientist and research scholar in the Women’s Studies Research Center at Brandeis, has been conducting research on the culture of academic medicine and how COVID-19 has affected academic faculty at medical schools. She […]

After a 0-0 draw against Western New England, the Brandeis men’s soccer team faced a tough stretch of four games within a single week. Following these four games, the team ended up with a record of 1-3-1 to start the season. Each game was very close with two of them even entering overtime. The first […]

Univ. suggests how to avoid waiting on testing lines

The university released tips for avoiding lines at testing sites as well as updates on the timing of test results, in an email to the Brandeis community sent by Morgan Bergman, Assistant Provost for Strategic Initiatives on Sep. 3. The email also included updated information about testing and mask policies. Community members have been experiencing […]

Univ. resumes study abroad after pause due to COVID-19

Individuals who have experienced traumatic brain injury have been linked to higher misuse of prescriptions and opioid abuse, Rachel Sayko Adams (HELLER) found in a Brandeis study that looked at associations between opioid misuse and individuals who’ve experienced traumatic brain injuries, according to a Medical Press Article.  The purpose of the study was to observe […]

‘D.P.’: a dark look at the Korean military

With the increasing popularity of K-pop and K-dramas to non-Korean audiences, more and more people are becoming aware of South Korea’s mandatory military service for men. At least in America, it’s not exactly commonplace anymore to learn that one’s favorite actor or singer is taking a break for military reasons—but in South Korea,  as a […]

Welcome back to the (Student Sexuality Information Service) SSIS column, where we answer any and all of Brandeis students’ questions about sex, sexuality, identity and relationships. If you have a question you’d like answered in our next column, email ssis@brandeis.edu or leave a question in the Google Form link on the Student Sexuality Information Service […]

The Child Opportunity Index (COI), developed by researchers at Brandeis’s Heller School for Social Policy and Management, was applied to Allentown, PA this fall in order to evaluate the causes of gun violence in the area. As COVID-19 restrictions have begun to subside in the past few months, a spike in shootings and homicides have […]

After winning their 2021 season opener, the Brandeis Women’s Volleyball team competed in 7 additional games, both on the road and in Red Auerbach Arena, finishing their non conference performance 4-4.  Unlike most teams, the Judges have consistently shown their grit throughout their season trailing 2-0, as they not only pushed Springfield to 4 sets, […]

Coming into Paris, I had aspirations of understanding the French perspective concerning politics, identity and the function of society as a whole. I did not expect to have such an internal turmoil of the contrasts between the American and French perspectives on race and identity politics to such a degree within my first week. Simultaneously, […] 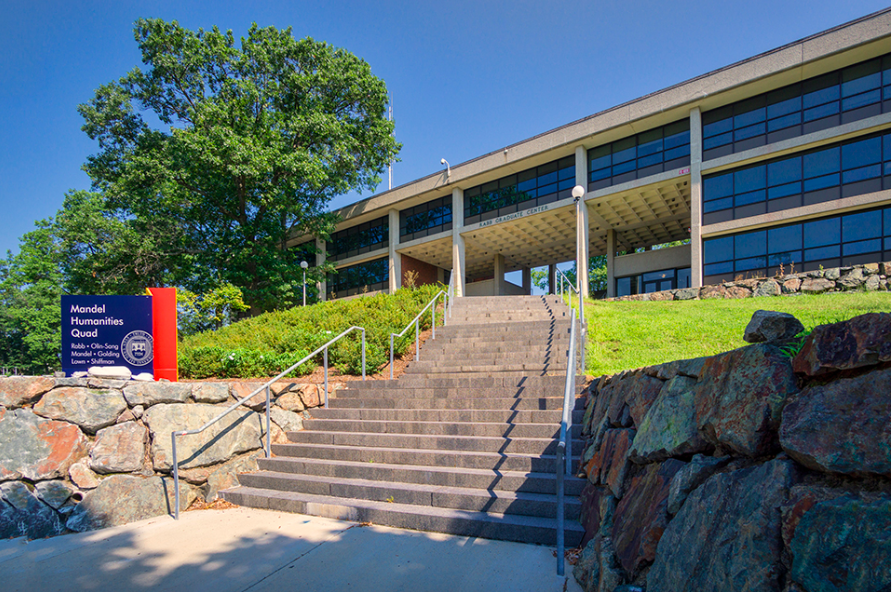 Despite the hard-earned academic acclaim Brandeis receives as an institution it has continuously sat at #48 on the list of the ugliest college campuses in America. As described by the college reviewers from COMPLEX magazine, despite Brandeis hiring one of the most renowned modern architects of the twenty-first century, Eero Saarinen, his skill was not […]

The Student Union held its Fall Election filling 12 senate seats, one representative position, one allocations board seat and five judiciary positions. 359 students participated in the elections this year, according to the demographic breakdown.  Students were instructed to vote only for the positions which they are a demographic of, according to the Round 1 […]

After over a year of waiting and countless rumors, Kanye’s 10th studio album “Donda” has finally been released to the public. This album represents the crossover between his 2019 Gospel-focused album, “Jesus Is King,” and his more traditional hip-hop albums that preceded it. “Donda” seeks to fuse the two genres by delivering faith-based lyrics over […]

To quote Minnesota Vikings beat writer Luke Braun, “It’s your god-given right to be too high on your favorite football team week one, don’t let anyone take that away from you.” Well, Braun was absolutely right about that, and his Vikings fell to the Bengals in overtime. Football is back, and NFL fans everywhere couldn’t […]