Did you know that the big white dome on top of the Abelson building is a telescope? Well, it is, and the Brandeis Astronomy Club is one of its main users.

When Lachlan Elam ’22, president of the Astronomy Club, first arrived at Brandeis in fall 2018, he initially “had no interest in astronomy coming from New York City, where you can not really see the stars too well.” However, within his first month at Brandeis, he “noticed that the observatory never changed orientation,” suggesting that it was not currently in use.

According to Elam, that was exactly the case. The telescope was used by the Brandeis Astronomy Club, however it stopped existing when the previous executive board graduated in spring 2018. Elam was interested in reviving the club, and started his journey of bringing it back to life.

With the help of Professor John Wardle, who at the time was the head of the Division of Science, Elam was able to learn how to operate the telescope. “[Wardle] found a graduate student who was using it for fun and showed [Elam] how to calibrate it, align it, how to operate the dome safely and in a way that does not damage the telescope,” Elam told The Brandeis Hoot. He has been holding Astronomy Club meetings ever since, and is now the leader of the club. Now, Elam is able to observe planets such as Jupiter and Saturn, and is also able to closely observe the craters of the moon.

Elam told The Hoot that he is “still discovering much about the observatory and finding new equipment.” He has been learning more about the telescope on his own as he does not want to leave the next leadership in the same position that he was in, where he basically had to figure out how to work the telescope on his own. He even states that he still “finds random pieces of equipment to enhance resolution of images. Not everything is known [about the observatory], it is a mysterious place.”

When asked what his favorite thing to look at is, Elam told The Hoot that his “favorite thing to view are the moons around Jupiter, of which there are 79! They are always fun to spot and trying to identify them is fun as well.” In the future, he hopes “to see the Andromeda galaxy, hopefully in an area with low light pollution, which will happen one of these days when we take a trip!”

Although the Astronomy Club has 500 people on the listserv, meetings average around 15 to 20 people, with around 40 active individuals within the club. Elam tries to “hold meetings on different days of the week to get different people each time.” The club welcomes everyone: attendees do not need any background knowledge on Astronomy, they can just come and enjoy the sightings.

Elam told The Hoot that one of the biggest challenges of the Astronomy club is “the weather, [the] clouds affect our visibility and this is made worse by global warming.” Specifically, global warming leads to dense pockets of heat within the environment and air that can block visibility of space. Elam further iterates that “you can only kind of tell how the weather is going to be with the clouds five days out, and even then the forecast is not too accurate.” According to Elam, this is why the Astronomy Club does not meet on a consistent basis every week. The weather is simply too unpredictable to be able to hold consistent meetings. However, Elam says that this has a benefit of “[getting] different people in meetings every week.”

In the future, Elam hopes to get involved with other clubs, such as the Brandeis Mountain Club, in order to go star-gazing in an area further away from Boston. “We have some digital telescopes that you can transfer … I was planning to go to a field with low light pollution to look at nebulas.“ In fact, this was an event that was originally planned for this semester that had to be cancelled due to weather-related issues. He is currently undertaking efforts to spread the word out about the existence of the club. Elam also told The Hoot that he is working on collaborating with other clubs, and that any academic groups that are interested in collaborating with Astronomy Club should reach out.

At Brandeis, Elam is an applied math major with a minor in economics. Specifically, he works closely with Thomas Fai (MATH) to work on quantifying various aspects of cell biology. Additionally, he is also the president of the Aviation Club at Brandeis.

You can watch a video of the moon taken by Elam here. The video is of the Apollo 11 landing sight, where Neal Armstrong and Buzz Aldrin first stepped on the moon! 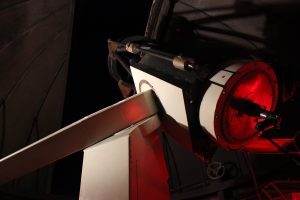 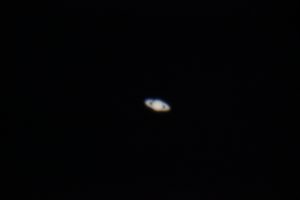 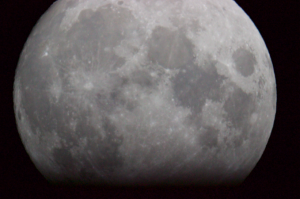 All photos courtesy of Lachlan Elam.