Brandeis women’s basketball continued their season last Saturday, Nov. 19, hosting Tufts women’s basketball at the Auerbach Arena. Last year, the Judges faced off against Tufts in an early season matchup that saw them narrowly lose 77-81. While Brandeis kept up throughout the third quarter, the Judges were unable to defeat the 11th-ranked Tufts team. […]

On Saturday, Oct. 29 from noon to 5 p.m. and Sunday, Oct. 30 from 10 a.m. to 2 p.m, Create@Brandeis hosted their semesterly Craft Market. The market spread across the path at Fellows Garden and fell on the same weekend as Family Weekend.  Students and their families alike were able to attend the event, to […]

In an email sent to the Brandeis community on Wednesday Nov. 2, Student Union Secretary Ashna Kelkar ’24 outlined the Student Union’s schedule for shuttles to Boston Logan International Airport. Rides in these shuttles will be $5 per student each way, according to the email, and the cash-only sales will begin on Thursday, Nov. 3 […]

Student Union Secretary Ashna Kelkar ’24 sent out an email to the Brandeis community on Wednesday, Nov. 2 updating community members on the second round of election results.  The email contained election results for the recent special election, with the exception of the East Quad Senator position results “due to a tie,” explained Kelkar.  The […]

Mellon Foundation grant awarded to Mandel Center for the Humanities

The Mellon Foundation has awarded a grant to the university, according to a BrandeisNOW article published on Sept. 23. The grant is described as a 15-month $150,000 grant to re-envision the “Role of the [Mandel] Humanities Center in the 21st-Century University,” according to the Mandel Center’s page.  Professor Ulka Anjaria (ENG)—the director of the Mandel […]

Making environmentally conscious fashion choices in our culture of overconsumption

Throughout my years in college, as I’ve become more financially self-sufficient, I’ve been focused more on purchasing items of clothing that I’d consider to be investments. I’m in the fortunate position where I have a job and housing security and some assistance from my parents so I am able to save up for “nicer” pieces […]

Ye’s antisemitic comments are harmful beyond the Twitter-sphere

Once again Kanye West, who now goes by Ye, is in the news for spewing harmful extremist rhetoric. A week or so ago, Ye posted on Twitter that he was going to go “death con 3” on Jewish people and that Jewish people have an “agenda.” Naturally, this caused Ye to be banned from the […]

On Oct. 11 WPTV out of West Palm Beach featured Brandeis professor Sabine von Mering (CGES) in an article discussing her newly co-edited book with University of Haifa Ph.D. student Monika Hübscher, entitled “Antisemitism on Social Media.” The book, published in March 2022, addresses how social media has increased the dissemination of antisemitism across numerous […]

Last week President Biden issued a proclamation granting pardons to those imprisoned for marijuana possession under federal law or in D.C. In his statement, President Biden urged the states to follow suit, a unique turn in the nearly 50-year-long American war on drugs. But, despite Biden’s call to action, states will continue to prosecute individuals […]

If you don’t tip 20% every time you go out to a restaurant, you can’t be my friend. After working in restaurants for a year and a half now, it’s surprising how many people don’t know that servers don’t make a normal wage—there’s a normal minimum and a tipped minimum wage. In Massachusetts, tipped minimum […]

On Sept. 16, Student Union secretary Ashna Kelkar ’24 announced the results of the recent election to the Brandeis community via email.    Voting opened on Sept. 14 at midnight and closed 24 hours later at 11:59 p.m., explained the voting email sent by Kelkar.    Overall, 583 students voted in the election, with the […]

GSC Open House: ‘Out at the Fair’ 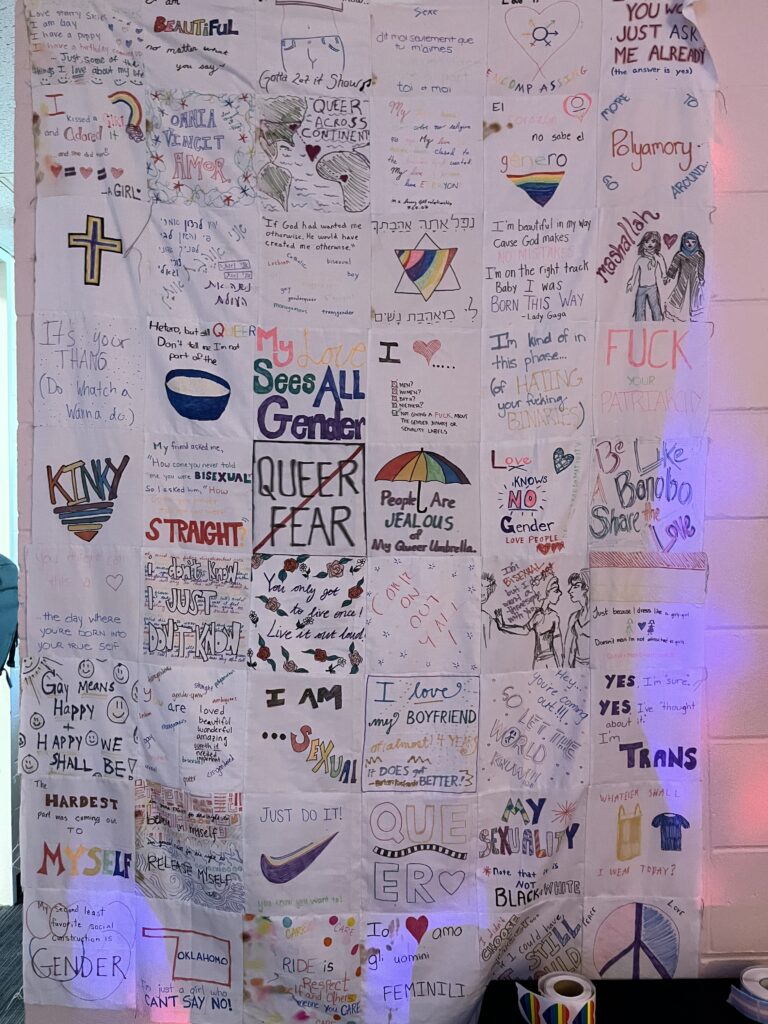 On Thursday, Sept. 15 the Brandeis Gender and Sexuality Center (GSC) hosted its annual Open House event, this year titled “Out at the Fair.” Over 50 students gathered inside the GSC Office in Usdan and outside on the grass to experience the county fair-themed event by eating snacks, petting service animals and learning about the […]

University president Ron Liebowitz sent an email to the Brandeis community discussing the Boston area group known as the Mapping Project, according to an email sent on June 14. The Mapping Project is an initiative that looks at organizations and institutions in the greater Massachusetts area and their connection to the colonization of Palestine, according […]

‘Beatopia’: a no skip album for the fall

On July 15, the artist beabadoobee released her fifth album “Beatopia.” Beabadoobee is known for her catchy bedroom pop and TikTok-worthy tunes, but “Beatopia” shows a slight venture into different styles of music for Bea, while still maintaining the light and airy vocals listeners love. The album consists of 14 songs; one of which, “10:36,” […]

The Brandeis Chief of Public Safety shared the Brandeis University 2022 Annual Security Report on Sept. 7 in an email to community members. The publication and collection of the data in the report is required by federal statutory law, which was recently amended in 2020.  Brandeis Public Safety writes in the publication that they “maintain […]

Re:wild Brandeis, formerly known as Herbicide-Free Brandeis, met on campus and ventured to the nearby water reservoir to pick up trash, on Saturday, Sept. 3. The cleanup began around 1 p.m. and lasted approximately two hours.  In an interview with The Brandeis Hoot, a representative of Re:wild Brandeis explained that there were 11 people at […]

In July, Brandeis Ph.D. student Natasha Baas-Thomas and her thesis adviser, Donald Katz, were awarded the 2022 Gilliam Fellowship. The fellowship, which was created by the Howard Hughes Medical Institute in 2004 to honor the late James H. Gilliam Jr, is awarded to students who are leaders in the scientific community and are “persons […]