The time for making excuses is over

We were willing to give Harvest Table the benefit of the doubt at first. It is only natural that when you are adjusting to a new work environment you hit a couple of bumps along the way. There was undoubtedly a slow start to the semester, but it was all errors that could be easily […]

Sun Tzu once said “If you know the enemy and know thyself, you need not fear the result of a hundred battles.” Our enemy, in this case, is those who don’t enjoy our favorite frozen treat: ice cream. And if we had to fight 100 battles in defense of our favorite dessert, we have complete […]

In their second competition of the year, the men’s and women’s cross-country teams traveled to the University of Massachusetts (UMass) Dartmouth on Saturday Sept. 17. Last year the women’s team finished in second place, while the men’s team finished in 10th. After starting the season with first place finishes at the Wellesley College Invitational, the […]

The Caterpillar Lab, an educational non-profit organization that bolsters public support for nature, came to Brandeis to showcase the biodiversity, adaptations and beauty of caterpillars. Expert naturalists set up the caterpillar displays on Fellows Garden and answered questions from Brandeis community members regarding the large range of caterpillar species indigenous to North America as well […]

Univ. alumna and activist dies at 80

Meredith Tax ’64, a writer and political activist, passed away at 80 years old on Sept. 25. Tax was involved in multiple causes including anti-war movements and social feminist organizations.  After graduating from the university, Tax spent four years in London at Birkbeck College, according to her Wikipedia page. Tax attended Birkbeck on both Fulbright […]

Over the last two weeks, the Brandeis Judges volleyball squad traveled to St. Louis, Missouri to compete in their first University Athletic Association (UAA) Round Robin of the season, in addition to frequenting Maine to compete against the top teams in both the New England Small College Athletic Conference and North Atlantic Conference. After starting […]

@brandeis.chungles has been the go-to meme account for hundreds of Brandesians. As an anonymous meme account that posts Brandeis-specific jokes, it has gained 553 followers with 70 posts at the time of publication. To reveal the secrets behind the daily memes, The Brandeis Hoot spoke with Brandeis Chungles in an exclusive interview.   Why did […]

The Office of Diversity, Equity and Inclusion (DEI) recently announced their recognition and support for celebrating Hispanic Heritage Month at Brandeis in an email to the Brandeis community. This national observance starts on Sept. 15 and proceeds till Oct. 15. During this time period, the Brandeis Latinx Student Organization (BLSO) and individual student performers showcase […]

Bookstores in Boston and Brookline: A Review

Over my semesters at Brandeis, I have had the immense pleasure of wandering off campus and finding my way into the many bookstores speckled around the Waltham-Cambridge-Boston area. Though this review will only cover three bookstores, I encourage you to keep an eye out for the many bookstores in Boston and to please tell me […]

‘Don’t Worry Darling’: Well, it surely was a movie

It has not been a good couple weeks for men, as we watched Adam Devine clear his name—thanks to Adam Levine—in a brutal Instagram post, and one of the Try Guys… well, he didn’t try hard enough for his wife. Fortunately, “Don’t Worry Darling,” released in theaters on Sept. 23, was directed by Olivia Wilde, […]

Letter to the editors: Year of Climate (lack of) Action editorial

Dear Brandeis Hoot editors,   First, I would like to acknowledge Mary Fischer, the Associate Director of Sustainability Programs in the Brandeis Office of Sustainability. She has been working incredibly hard for many years on sustainability initiatives on campus, including leading the effort to organize the Year of Climate Action. Her actions are having an […]

After a solid start to the season, the Brandeis women’s soccer team looked to continue that success as their next stretch of games consisted of three home games and one away game. Their first game was against Emerson College. Last year, the Judges traveled to Emerson and beat them 2-0. This year, Emerson traveled to […]

On Sept. 9, the Univ. had its first Fresh Check Day in history, which was a mental health promotion and suicide prevention fair that contained 10 booths, including support from multiple departments and student organizations, peer education, free food and giveaways. More than 17 departments including the Office of Health and Wellness Promotion and Department […]

The Rose Art Museum celebrated the opening of a new exhibit on Wednesday, Sept. 21, with an event open to the Brandeis community and beyond. The exhibit, called “Peter Sacks: Resistance,” is the first solo exhibition for Sacks, a South African artist, according to the Rose website. The collection features more than 90 “never-before-seen portraits […]

“A who dunnit. You’ve seen one, you’ve seen them all.” This is a line repeated a couple of times in the film “See How They Run” and is kind of a nod to the audience of what to expect from this film. Murder mysteries have been done to death by this point, pun intended. That […]

Brandeis anthropologist Dr. Charles Golden and his colleague Dr. Andrew Scherer recently got the opportunity to unearth a significant Maya settlement in the Valle de Santo Domingo of Mexico, according to a New York Times article. This settlement they believe to be ruins of Sak Tz’i, which is a Mayan settlement that is at least […]

‘Insomniacs After School’ is an atmospheric dose of serotonin

“Kimi wa Houkago no Insomnia” (“Insomniacs After School”) is an ongoing slice-of-life manga, written by Makoto Ojiro, centered around the lives of Nakami and Magari, two high school students struggling with falling asleep. After a chance encounter in the abandoned astronomy tower, they find that being together helps them fall asleep stress-free. The series follows […]

YouTuber videogamedunkey is starting a new venture: creating a game studio. Dunkey and his wife, Leahbee, have formed BIGMODE Games, a game publishing company focused on providing “A passionate voice for quality, originality and fun in indie games.” I am beyond happy that Dunkey, who has showcased indie games on his channel for decades, is […]

Queen of the Long Peace

“I declare before you all that my whole life, whether it be long or short, shall be devoted to your service and the service of our great imperial family to which we all belong.” This promise sprang from the lips of Princess Elizabeth on her twenty-first birthday in 1947. She had vowed, at the age […]

Using rap lyrics in court: a rebuke of poetic license 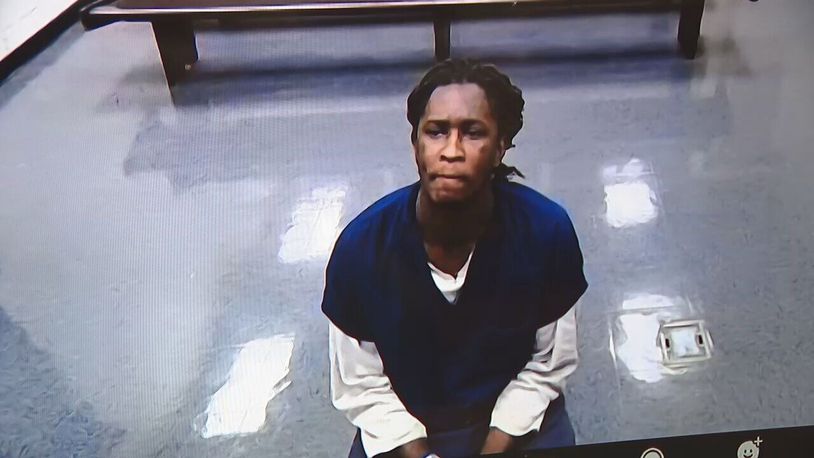 On May 9, 2022, rapper Jeffery Williams, commonly known by his stage name, Young Thug, was arrested due to his gang involvement and racketeering charges. The Fulton County District Attorney’s office alleges Young Thug and one of his label mates Sergio Kitchens––also known as Gunna––have been using Williams’ record label, Young Stoner Life (YSL), as […]