Vaccination required for all students in fall 2021

All students coming or returning to campus in fall 2021 will be required to be fully vaccinated with a Food and Drug Administration (FDA) authorized vaccine, according to an email sent to the Brandeis community by Provost and Executive President for Academic Affairs Carol Fierke, Executive Vice President for Finance and Administration Stew Uretsky and […]

As I write this, I have submitted the biggest academic project that I have undertaken in my life: my senior honors thesis. In it, I described the framework of adult development, “emerging adulthood,” developed by J.J. Arnett in 2000 to describe adults between the ages of 18 and 25, who are somewhere in the middle […]

Brandeis swimming comes out on top in crosstown rivalry

Competing in an in-person intersquad meet for the first time since the beginning of the COVID-19 pandemic, the men’s and women’s Judges came out on top against crosstown rivals, National College Athletic Association (NCAA) Division II Bentley Falcons.  Combined, the Judges edged out the Falcons 209 to 189, with Brandeis winning 13 events, compared to […]

Various Student Union members, including chair of the Health and Service Committee, Class of 2023 Senator Skye Liu ’23, and the Facilities, Housing and Transportation Committee co-chairs, Massell Quad Senator Ben Topol ’24 and Community Senator Griffin Stotland ’23, are working with the developers of the Branda app to improve app’s tracking of the BranVan, […]

The Brandeis community, especially within the philosophy community, have recently mourned the loss of the late Professor Andreas Teuber (PHIL), who peacefully passed away at home on Feb. 15, 2021, at the age of 78.  As a professor, he “tried to get each and every one of his students to do philosophy,” Provost Carol Finke […] 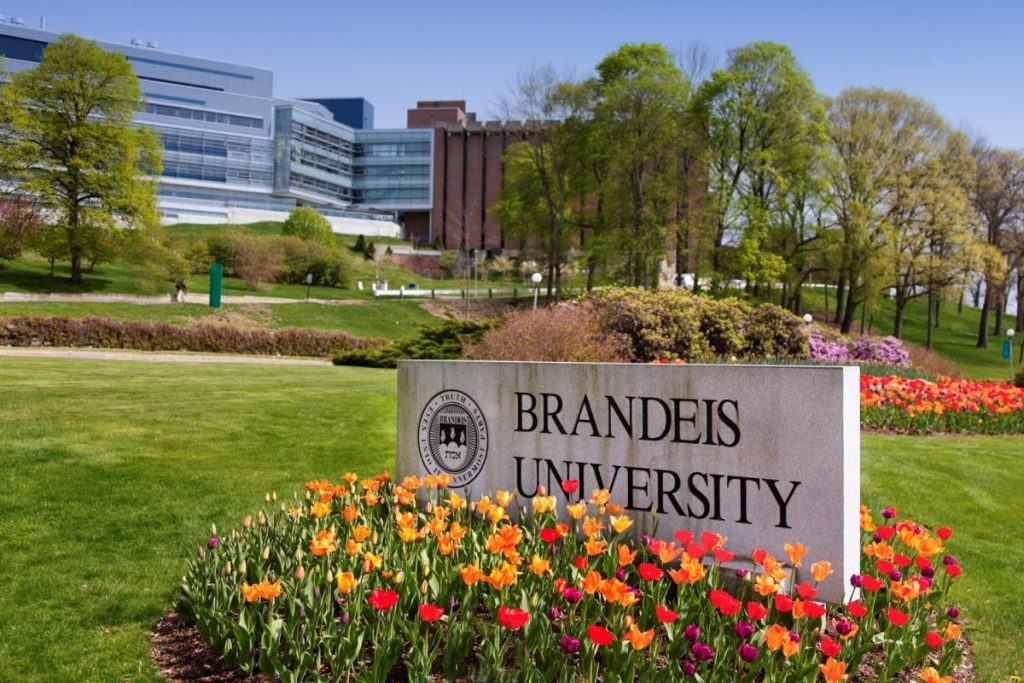 President Ron Liebowitz will not be accepting a one-year “dead-end” contract proposed by the Board of Trustees six months before the end of his current contract, which is set to expire June 30, according to a statement obtained by The Brandeis Hoot. The statement, released by a public relations firm representing Liebowitz independent of the […]

The Templeton Religion Trust has granted the Chaplaincy Innovation Lab, in partnership with Gallup, Inc., a $1.5 million grant to study the demand for chaplaincy and spiritual care work in the United States, according to a BrandeisNOW article. As part of the three-year study, the lab will disseminate a national survey and conduct interviews to […]

The university is expected to maintain a balanced budget during the 2021 fiscal year (FY21) “due in large measure to the sacrifices and contributions of members of our community,” despite the coronavirus pandemic, according to a report on the FY21 operating budget forecast presented to the Resources Committee at the Board of Trustees January meeting, […]

Dr. Cara Streit has been named the new director of Student Accessibility Support (SAS), a department within Academic Services. She started her position on Nov. 30. Streit was initially drawn to Brandeis because of the university’s commitment to social justice, she wrote to The Brandeis Hoot in an email. “I could tell that there is […]

Research Technology and Innovation still designing and prototyping despite restrictions

As different parts of campus continue to adjust to fully virtual workspaces, departments have been forced to get creative on how to continue to engage students and the Brandeis community. And while the library is currently open to patrons at a reduced capacity, the Research Technology and Innovation (RTI) department of the library has re-imagined […]

Why I stayed: Ian Roy

Since Brandeis opened its doors in 1948, tens, if not hundreds, of thousands of Brandeisians have come here to complete their education. But after they graduate, Brandeis oftentimes becomes a distant memory, an alma mater that they’ll donate to and where they’ll go to reunions every few years. However, there are a select few individuals […]

Hiatt Career Center to work with student groups, other departments to serve career needs of students of color

Winter sports seasons cancelled due to the coronavirus

Winter sport athletes will not be competing in intercollegiate competitions during the 2020-2021 sports season, Athletic Director Lauren Haynie announced in an Oct. 20 email to student-athletes obtained by The Brandeis Hoot. Winter sports affected by this announcement include men’s and women’s basketball, fencing, men’s and women’s indoor track and field and men’s and women’s […]

The Black Action Plan—a community-formulated list of demands from students of color on campus—is seeking to change the university’s policing strategy to stop excessive policing of students of color. The student-run group has called for reform and defunding of Brandeis Public Safety as well as structural changes to how the department patrols campus, according to […]

The Department of Community Living (DCL), in response to the Black Action Plan—a student-led initiative to address the concerns of Black students and students of color—released a webpage outlining the department’s plan of how to make DCL anti-racist, according to its website. The page, released on Sept. 30, includes the responsibilities of four newly-formed working […]

Julián Cancino, a transgender LGBTQ activist, joined Brandeis in July 2020 as inaugural director fo the Gender and Sexuality Center (GSC), according to an email obtained by The Brandeis Hoot from Chief Diversity Officer and Vice President of Diversity, Equity and Inclusion Mark Brimhall-Vargas. Though the center opened in 2015, according to an article by […]

Emma Bartlett ’20, a four-year starting middle blocker on the volleyball team, was named Brandeis’ nominee for the 2020 NCAA Woman of the Year Award in early July. She is just the second player in Brandeis volleyball history to receive an honorable mention, All-American honoree by the American Volleyball Coaches Association during her junior season, […]

Brandeis University plans to test over 1000 people per day for COVID-19 during the fall semester by testing students living on campus, faculty, staff and students who come to campus frequently twice a week. The high numbers of COVID-19 testing are a part of Brandeis’ fall semester learning plan, said Provost Lisa Lynch to The […]