Get off campus and into the world

It has been an extremely odd 2022 for all those juniors who left Waltham to study abroad, both for the entire year and for those who went away only for one semester. We have not yet had one full year on campus which was “normal” where we were able to be with friends and enjoy […]

There is a fundamental error in considering pro-life and pro-choice as diametrically opposed. They simply cannot be each other’s antithesis since pro-choice allows for a woman to choose to keep her child. There is nothing in the pro-choice movement that says you cannot keep your unborn child, it simply allows for you to have access […]

Last semester I studied abroad at the University of Edinburgh in Scotland, and it was an amazing experience and one that I’ll never forget. That doesn’t mean it didn’t come with its fair share of mishaps: I didn’t have my luggage the first four days I was in Edinburgh because the plane was too small […]

As Brandeis students return to campus for the fall semester, Brandeis’ “Year of Climate Action” will begin. This year-long event, organized by Brandeis’ Office of Sustainability, is meant to “catalyze and deepen our understanding of climate change as a social justice issue through curricular and co-curricular programming throughout the year.”   Information on the Year […]

The case for abolishing cash bail in Massachusetts Despite priding itself as one of the most progressive states in the U.S. when it comes to criminal justice reform, Massachusetts continues to utilize the practice of cash bail. On the state’s webpage on the bail process, state officials characterize bail as not a “form of punishment” but a “way of helping ensure that a […]

University president Ron Liebowitz invited community members to attend a dialogue with Ukrainian President Volodymyr Zelenskyy hosted by the Association of American Universities (AAU) on May 16.  “You know from your own experience that this is the age where you pick up what you prefer and you choose when you respond to challenges and whether […]

Tim O’Neil, University Director of Information Technology, Client Services, sent an email to members of the Brandeis community sharing an update on Brandeis’ use of the Zoom web conferencing service. According to the email, “starting August 23, 2022, all users wishing to access their Zoom account will be required to log in to Zoom using […]

Netflix’s “Gray Man” follows the special agent known as Sierra Six (Ryan Gosling), a convict turned Sierra agent (essentially a killer for the government) as he gets ahold of evidence proving that the man who hired him, Denny Carmichael (Regé-Jean Page), is corrupt. Thus begins a manhunt for Six, headed by Lloyd Hansen (Chris Evans), […]

The 2022 MLB trade deadline was an emotional mess

I remember waking up at 6 a.m on Aug. 2 thinking that it was going to be a long day. The days leading up to Aug. 2 consisted of studying and being on Twitter for most of the day. I probably spent three hours a day on Twitter because the Major League Baseball (MLB) trade […]

BookTok worth it or not: summer reading edition

I’m back for semester number two of reading books so that you don’t have to! I got busy over the summer and read an obscene amount of books—proving the person who told me I read too much entirely correct. I’ve gone to the very deepest layers of BookTok and read the most popular books. I […] 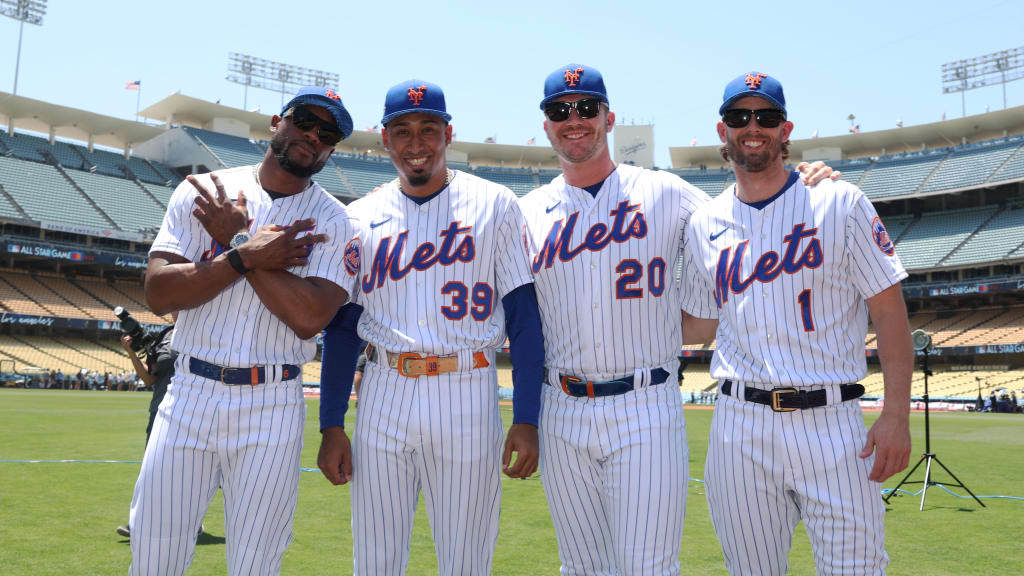 I was raised in a Mets household. My father likes to say he would’ve still loved us if we chose to be Yankees fans, though we knew that was a lie. Being a Mets fan over the years has been painful, to say the least. Being a fan definitely wasn’t a matter of pride, but […]

Interviews with Brandeis University’s academic leadership: the Department of Mathematics

Professor Oliver Bernardi, the chair of Brandeis University’s mathematics department, sat down for an interview with The Brandeis Hoot to shed a little light on the department, its future and himself. This interview is part of a series of interviews with the chairs of a plethora of different academic departments and programs at Brandeis. Editor’s […]

‘Nope’ is an overwhelming yes

Jordan Peele has done it again! Now I cannot say in my very unprofessional opinion if “Nope” tops “Get Out,” but I can express how well-thought-out “Nope” is as a thriller movie. As a brief synopsis of the movie, a Black family which raises and trains horses for film productions and live events slowly gets […]

Like most of the world, I love superheroes. Superhero movies, television shows and entire franchises have millions of adoring fans waiting for the next part of the story to unfold. What makes superheroes so enticing is they are almost always a character to root for; their power isn’t terrifying to the public but comforting. Superheroes […] Marta Kauffman ’78, co-creator of the NBC sitcom “Friends,” donated $4 million to the Brandeis African and African American Studies (AAAS) program as a part of the Marta F. Kauffman ’78 Professorship in African and African American Studies in June. This endowment will support the addition of distinguished scholars with a specialization in the study […]

Univ. comments on how to limit the spread of infectious diseases on campus

In the weeks leading up to students’ arrival to Brandeis’ campus, Interim Vice President for Student Affairs Andrea Dine and Associate Provost for Research Administration Morgen Bergman sent emails to students to share updates on the university’s response to COVID-19 and monkeypox. The emails provided recommendations on how to maintain the health of the Brandeis […]

Elvis Presley is a man who held many titles. He was a singer, an actor, a soldier and an icon. He has left a real mark on music history, and there may never be a musician as revolutionary ever again. From the outside, it might have seemed like he had it all, but he faced […]

Enjoy every bit of Brandeis that Brandeis has to offer

To all Brandeis students, incoming and returning, we encourage you to do something new as the fall semester descends upon us. A feat that may seem terrifying but assuringly well worth it in the future. College is meant to be a time where we can explore our passions—and find new ones—surrounded by like-minded people our […]

‘The Unbearable Weight of Massive Talent’: It could’ve been better, but still worth watching

Expectations were high when the trailer for “The Unbearable Weight of Massive Talent” was released. A spy comedy following Nicolas Cage, playing Nicolas Cage, as he takes down the Nic Cage superfan leader of a drug cartel, was undoubtedly an intriguing sell. And while the funniest concepts of the trailer came through in the final […]

Being a woman in professional sports can be intimidating. There is a higher risk of overuse injury due to biologically having less muscle mass, physical activity can have effects on menstruation and puberty, it affects when women choose to have children and of course the blatant assumption that sports are not a sphere for women.  […]