When anyone asks Shota Adamia ’15 if he is from Georgia, he is quick to reply “The Republic of, yes!” The European native states that coming to Brandeis was one of the best decisions he ever made. After a winding path of majors led him from classical studies to theater to International & Global Studies, Adamia finally found himself settling on economics and sociology. “The name of the degree doesn’t matter. I wanted to enjoy the classes and get something that was applicable in the business world,” Adamia said.

Underlying his vast array of interests, however, was the allure of fashion. Adamia stated that his fascination with fashion and style originated in his youth. “I never saw it as a career since it’s so hard to break into the industry,” he recalled.

Last year, however, his interests in business and fashion happened to collide, when he found out about the YMA Fashion Scholarship Fund through the Brandeis International Business School (IBS). After working with the Hiatt Career Center along with Professors Kelikian (HIST), Rosenberger (IGS/SOC) and Zimmerman (IBS/HS), Adamia won a YMA Scholarship. He soon landed a sales internship at Thom Browne, reporting directly to the vice president. “I was working with a very small team. It was an amazing summer,” he said.

His hard work eventually earned him a nomination for a Geoffrey Beene Scholarship. “I had to write a case study on technology and fashion, and I ended up working on a project regarding 3D printing and its revolutionary influence on fashion,” Adamia said.

“Essentially I was doing academic research, and I spoke with many designers, bloggers and experts who are doing research in regard to both the technology and design aspects. I produced the case study and presented it to the YMA’s executive board, which consists of top-level executives of places such as Geoffrey Beene, Levi Strauss & Co., FIT and many others,” Adamia explained. After the presentation, Adamia won one of four $30,000 Geoffrey Beene Scholarships to be used for future education and career aspirations.

“In fashion, it depends on your background and what you’re looking for—money, fame, experience, looking for it as a stepping stone into a social world or connections. I found my channel through this organization which I am insanely grateful for and am still trying to find ways to expand my experience. Getting into it is very individual for everyone,” Adamia said about the difficulties of getting into the fashion world.

He is also the recipient of the Karpf and Ari Hahn Peace Prize award at Brandeis, associated with the Peace and Coexistence Studies program. For this project, Adamia combined art and research methods. He traveled to Ireland and “spoke to locals, took photos of each step and made an exhibit that I never thought would happen.” After the trip, he compiled the photos and held an exhibition in the Shapiro Student Center.

In addition to working for Thom Browne, Adamia has also interned at a firm concerned with conducting polls and research gathering. “It was very academically oriented and research based. I did interviews and made reports for the firm in Georgia,” he remarked.

“I want it to be something that I will enjoy that’s not just about the requirement of needing a job. I like to be very secure, which is why I work very hard for what I need and want,” Adamia said about his employment goals after graduation.

As for future plans, Adamia is working on finishing his thesis on Russian nationalism. “It’s very politically, nationalistically and sociologically based. There’s too much information to explain it in a few words, but so far it’s been reading and reading and reading. I have 66 books checked out from the library that I have to finish in a month. That’s two books a day … I don’t know if that’s happening.” 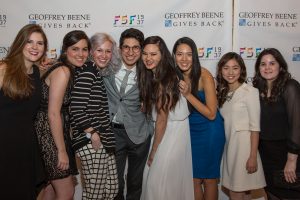 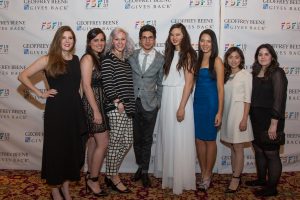