The university has updated its transportation services for students, according to an email sent by Lois Stanley, Vice President for Campus Planning and Operations and Matt Rushton, Chief of Public Safety. There have been changes made to the shuttle schedules and routes as it returns to pre-pandemic operation, according to the email.    The university […]

This week, the Brandeis University cross country teams took the course and competed in the University of Massachusetts Dartmouth (UMass Dartmouth) Invitational. For the first time this season, the women ran as a nationally-ranked squad, 29th, and placed second, while the men placed 10th overall.   The Judges held their own this weekend, as they ran […]

Playing at Gordon Field for the first time in nearly three weeks, the Brandeis men’s soccer team lost to top-ranked Tufts 4-0 on Saturday. The defeat brings the Judges’ record to 1-4-1.    The Jumbos got off to a quick start, scoring in the fourth minute. Tufts would score again in the 21st minute and […]

Please bring back the milkshake machine

My favorite part of the C-Store has been removed. The milkshake machine used to be a source of joy for so many members of the Brandeis community. With its removal, and the loss of Currito, there is no place left on campus to enjoy milkshakes. Please bring back the milkshake machine and bring ice cream […]

Why everyone should build a PC

I built a PC back in September of 2020. Prices for components weren’t massively inflated like they are nowadays, and I was able to build a solid system with the money I saved up from my first job. It took a lot of help from my knowledgeable friends, but I got everything assembled in just […]

‘Come From Away’ Should Come to Your Heart

The Student Union will be hosting its second election of the semester, according to an email sent to the student body by James Feng ’22, Student Union Secretary and Chief of Elections. These positions were not filled during the first round of elections held on Sep. 10, according to Feng. The positions available for the […]

Your guide to the Brandeis COVID-19 testing site 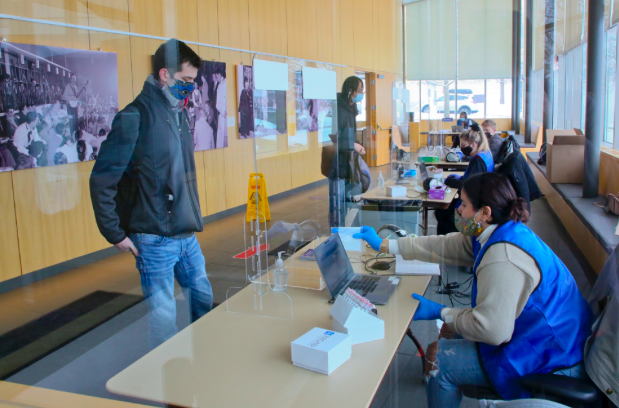 As loyal workers of the Brandeis COVID-19 testing site, we have seen it all at this point, from busy days to dead days to days when we just wanted to lock ourselves in the closet and hide. We can also with confidence say that everyone at the testing site has a common goal: to get […]

Shang Chi and the legend of the Marvel solo movies

With the latest releases on Disney+, Marvel has become an incredibly confusing cinematic universe with lots of intertwined plotlines, new characters that might impact the franchise’s future significantly and the introduction of the multiverse concept. Looking ahead, it doesn’t look like it will get any better, as the studio is preparing to release movies like […]

Like every other woman interested in politics at Brandeis University, I have been following the developments surrounding Texas’ SB 8, or the “Texas Heartbeat Act” that was put into place on Sep. 1. This act procedurally bans abortions after the sixth week of gestation, when a fetal heartbeat is typically picked up, hence its name. […]

Kathryn Graddy, Dean of the Brandeis International Business School and Fred and Rita Richman Distinguished Professor in Economics, reviewed a new form of investment that has emerged regarding art pieces. In an article published on The Conversation, Graddy discussed how buying shares of art pieces can become available to the masses via this new online […]

‘Escape Room: Tournament of Champions’ is a thrilling addition to the ‘Escape Room’ series