Carol Anderson was selected as the 2022 winner of the Joseph B. and Toby Gittler Prize. We are pleased to honor her with the 2022 Gittler Prize,” said President Ron Liebowitz. Anderson is a scholar of African American studies as well as an award-winning author.  “Carol Anderson has produced seminal scholarship that not only explains […]

The Student Union held a brief senate meeting to share some announcements of some working plans for the upcoming weeks.  Courtney Thrun ’22 announced plans that are underway to make Brandeis Counseling Center (BCC) appointments available in person. Thrun hopes that appointments will move from Zoom as it would be more beneficial for students. The […]

The Student Union announced the winners of its first round of elections for the spring 2022 semester, according to an email sent by Michael Pollard—Student Union Secretary—to community members on Feb. 6. The North Quad Senator and Mid-Year Senator positions were filled as well as two allocations board seats.  The North Quad Senator Position was […]

The biggie bag is what keeps me going in life. Of all the fast food options available to the American consumer, this is by far the best both in terms of quality and value. What’s not to love? It is truly a balancing act and Wendy’s manages to walk the line so perfectly. When I’m […]

Pence’s statements and the need for multiple parties

Bipolarity in the United States’ political realm has been a growing concern throughout various periods of American history; today’s political bipolarity shows nothing more than the centuries-long need to step away from our two-party system that feeds into this cleavage. Pence’s surprising rebuke of Trump’s statement on the legality of overturning American elections signals, to […]

Amsterdam and Utrecht – when and where to explore them

My recent travels have brought me to two cities in one day—Utrecht and Amsterdam. Both filled with different levels of charm and appeal which I was not expecting when I arrived in either of them. My day began in Utrecht and I will admit that it was not because I wanted to go there. I […]

I am tired of being told to relax. Not only is that the most unhelpful suggestion, but it assumes that I am at all capable of relaxing and that I wouldn’t be relaxing even if I was able to. As someone with anxiety and depression, the campaigns of mindfulness can be helpful for some, but […]

The long-expected Beijing Winter Olympics officially opened on Feb. 4th. I was sitting with excitement in front of my computer, using my just-purchased NBC membership, and waiting for the start of the Opening Ceremony. It was supposed to be a spectacular ceremony with well-designed artistry and expression of global unity, however the NBC commentator disrupted […]

On Feb. 2, university president Ronald Liebowitz sent an email to the Brandeis community, writing about the “powerful impact African Americans had in shaping the history of the United States,” and moreover, recognizing that Black History Month is a “month-long opportunity to not only celebrate the heritage, accomplishments, and cultural contributions African Americans have made […] 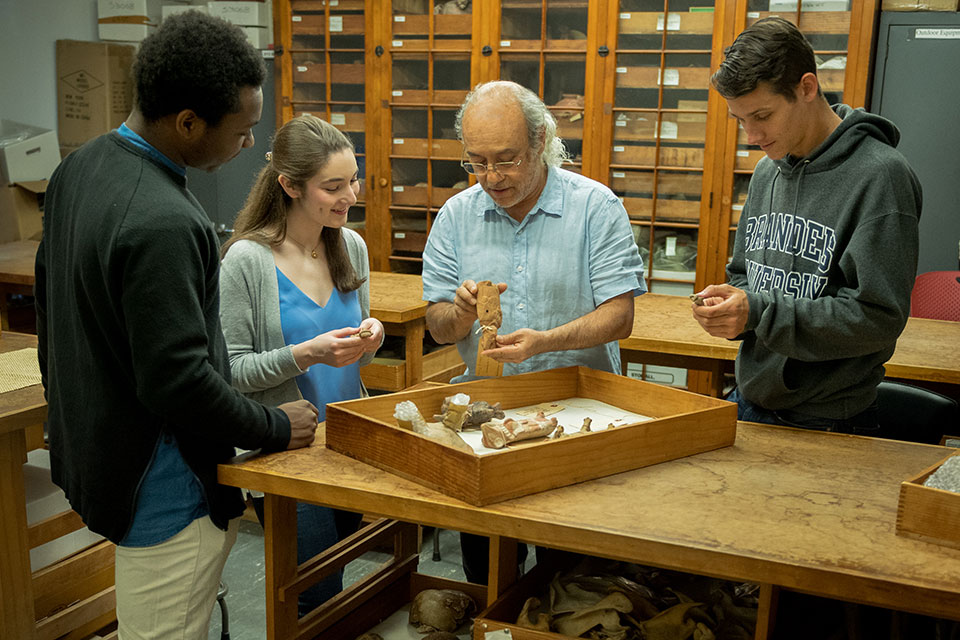 The first Nintendo Direct of 2022

University President, Ron Liebowitz, sent an email to students and staff on Thursday, Feb. 3 detailing the matters discussed during the Board of Trustees meetings held on Jan. 24 and Jan. 25. The meetings consisted of a general session attended by all trustees, as well as a number of committee-specific meetings. In the former, one […]

BaselineMed, an organization developed by four Brandeis undergraduate students, recently achieved nonprofit status. The organization seeks to provide “BIPOC high school and college students with a supportive online community of resources and connections” that will encourage them to pursue medicine in the future, according to a recent BrandeisNow article.    The four students spearheading the […]

Brandeis professor from the Heller School for Social Policy and Management Traci C. Green recently co-authored a study investigating the benefits of “drug checking” programs. These programs refer to the analysis of illegal drugs and drugs that are not acquired from a pharmacy that people may use recreationally, according to the article. There are numerous […]