Univ. shared Board of Trustees Report

University president Ron Liebowitz sent an email to community members with updates from the April Board of Trustees meeting. Liebowitz updated the community on multiple initiatives the Board of Trustees has undertaken.  The Board elected Lisa Kranc ’75 to a three-year term position on the Board, serving as a chair. Kranc held this position as […]

BookTok worth it or not: the nots

For our final edition, I’m back and ready to go. Let’s get into it: I read books I find on BookTok, I review them, I tell you whether to read them or not. Except I realized in my last review that I have never written a review for my not list, and I deduced it […]

The Athletics Department announced an initiative to raise money for the Barry Harsip ’73 student lounge. The new student lounge will be located in Gosman near the main entrance.  The lounge is named in memory of Harsip who was a member of the university’s men’s soccer team in the 70s Harsip was named to the […]

Springfest held in person for the first time in two years

The Campus Activities Board (CAB) held Springfest in person for the first time since the COVID-19 pandemic began. The last Springfest held in person was in spring 2019.  The event featured four artists: Kash Doll, Slayyyter, Young M.A. and Flo Milli. Events began at 11:00 a.m. with a snack bar provided by the Department of […]

The university announced that it will be ending its asymptomatic testing of students beginning on May 20, according to an email sent to community members on May 4. After the 20th, community members will be able to test for COVID-19 if they are symptomatic.  “Thank you for your attention to our COVID-19 guidelines throughout the […]

BookTok worth it or not: ‘Circe’ and ‘The Song of Achilles’

It was spring break last week and you know what that means, I stayed in and read on your behalf once again! I found a number of cute bookstores over break, now I will insert a shameless plug to Trident Booksellers and The Concord Bookstore for supporting my reading addiction. Anyway, here is my spiel—-I […] 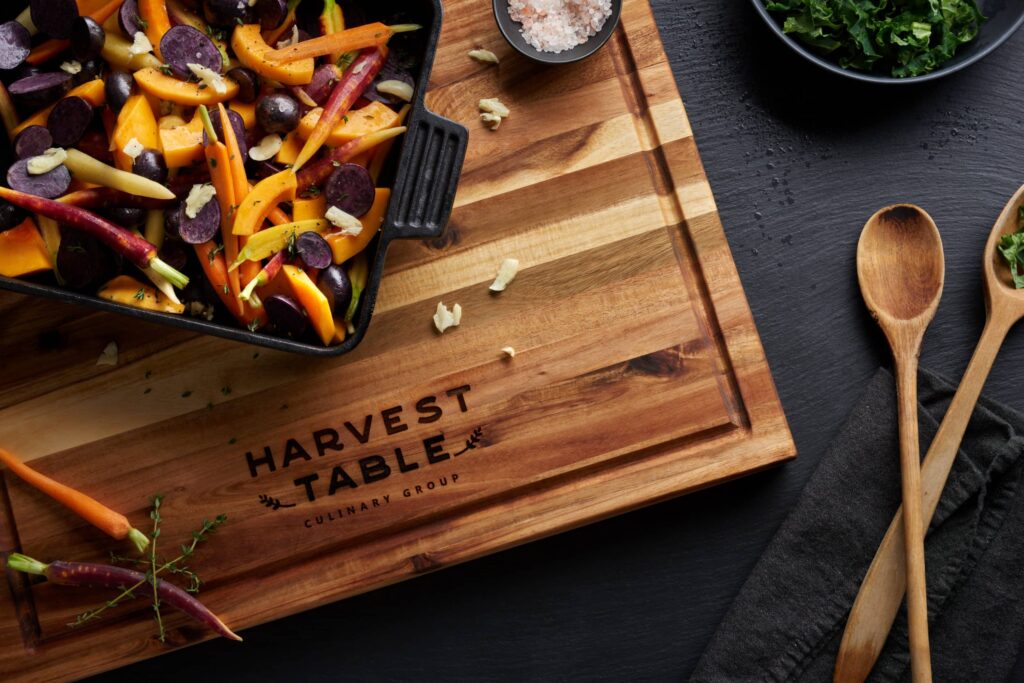 The university announced that the new dining contract has been awarded to Harvest Table Culinary Group, according to an email sent to community members on April 14. Starting in July 2022, the university’s dining food service vendor will no longer be Sodexo.  “Brandeis’ vision for the future of campus food service—food excellence, hospitality, collaboration, and […]

Dean of Arts and Sciences set to leave in 2023

Current Dean of Arts and Sciences—Dorothy Hodgson—announced her intent to step down from the position in June 2023, according to an email sent to community members by Carol Fierke, Provost and Executive Vice President for Academic Affairs. Hodgson will not be renewing her appointment after her fifth year.  “An award-winning scholar, teacher, and mentor, [Hodgson] […]

The University eases its COVID-19 protocols

With the reduction of positive cases on campus, the university has decided to ease its COVID-19 protocols on campus, according to an email sent to community members on April 11. The university’s new guidelines are structured similarly to the Center for Disease COntrol and Prevention’s  (CDC) guidelines, wrote Carol A. Fierke, Provost and Executive Vice […]

Former student union secretary, James Feng ’22, spoke with The Brandeis Hoot regarding the proceedings of the Senate Judiciary Hearing. Feng was impeached from his position as Secretary in Fall 2021 and filed a motion to remove Student Union President Krupa Sourirajan ’23 and Joseph Coles ’22 from office.  Feng was impeached during the Fall […]

The current dean of The Heller School for Social Policy and Management, David Weil (HELLER), will not be retaking up his contract, according to an email sent to community members on April 15. Maria Madison will be taking up Weil’s position, acting as Interim dean starting in July 2022, according to the email sent by […]

Student organizers held a Take Back the Night—a worldwide movement raising awareness and action against sexual violence—march on April 7 to bring awareness to sexual violence on campus and in the greater community. This was the first in-person Take Back the Night Event in three years, student organizers explained due to the COVID-19 pandemic.  “Take […]

The Senate voted on naming David Weil (HELLER)—Dean and professor for the Heller School for Social Policy and Management—as Labor Department’s Wage and Hour Division administrator on March 30. Weil had been nominated by Biden but was blocked from the position in a Senate vote.  The motion was blocked by a 47-53 vote, with 47 […]

I’m not typically a food reviewer, that job title has been reserved for Sasha Skarboviychuk (GRAD) and John Fornagiel ’22 and I am just a humble novice in comparison. Honestly, I don’t have many opinions, my job is typically to not have those so when asked to write an op I thought of the one […]

A petition began circulating around social media on April 6 relating to the compensation of Community Advisors (CA), the petition addresses the current “inadequate” compensation of community advisors and proposes demands to remedy the situation. A main point of the petition is having the university compensate CAs by covering the cost of their meal plan, […]

The student union announced to community members the winners of the 2022 Spring election. Spring elections opened on April 4 at midnight and remained open for the entire day until 11:59 p.m., according to Student Union Secretary Michael Pollard’s ’22 email.  Community members were voting to fill the positions of Student Union President and Vice […]

IBS puts up Ukrainian Flag in support of refugees 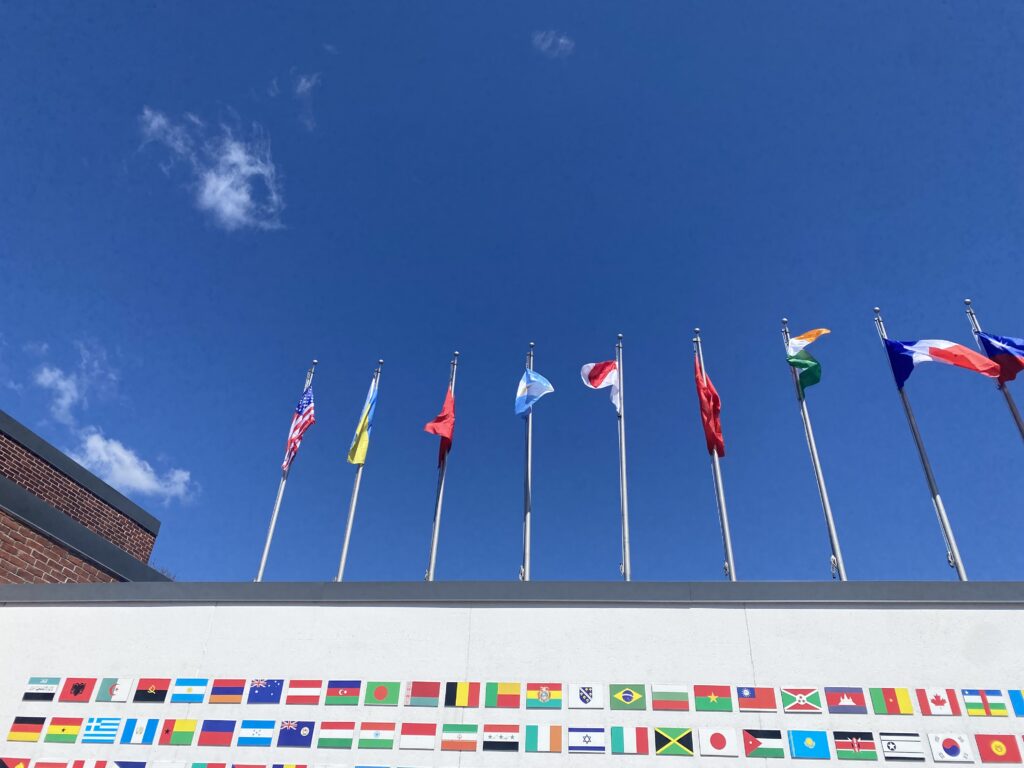 Above the entrance to the Sachar building for the university’s International Business School (IBS) are a set of 14 flags. IBS administrators recently made the choice to switch out a Russian flag for a Ukrainian flag, according to an interview with Kathyrn Graddy, Dean of IBS.  The flags chosen to hang outside the IBS building […]

The university held its fifth annual TEDxBrandeisU event—a series of talks organized by students trying to empower voices in the community—on Saturday, April 2. The theme of the five speakers’ talk was New Paths to Discovery, Scarlett Ren ’24—TEDx Coordinator and Speaker Coach—explained to The Brandeis Hoot in an interview.  “I’m grateful for the people,” […]